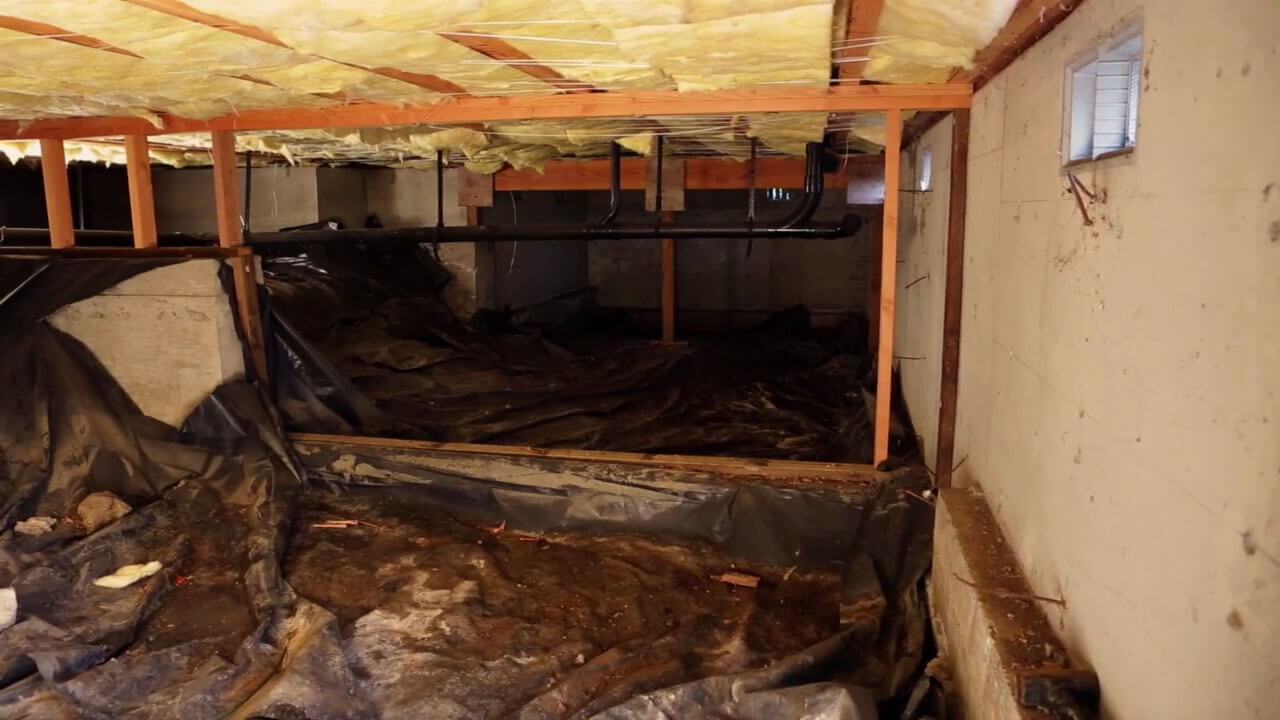 When was the last time you visited your crawl space? If you’re like most homeowners, your answer is probably “never” or “when I first moved into my home.”

When you can’t seem to find out why the air inside your home stinks and feels damp, or why your hardwood floors are buckling, or why your allergy symptoms flare up when you’re inside, it might be time to consider your crawl space as the culprit.

Why? Because the moisture in your crawl space can cause all of these problems, as well as others, including mold.

There are four main primary ways that moisture can get into your crawl space. If you’re confident that your home is free from these possibilities, then your crawl space most likely isn’t the problem.

But, if you don’t know for sure that your crawl space is protected from these four issues, then it might be time to contact a local professional and schedule a free inspection.

1. Outside air through open vents

In the past, builders believed that the best way to dry out a crawl space was to install vents. Unfortunately, recent studies have shown that crawl space vents do more harm than good.

To give one example, the water that comes from frequent rain in the Pacific Northwest is prone to seep into your crawl space through your vents. Along with water, pests and insects can also access your crawl space much easier..

What to Do: Seal the crawl space vents to keep damp outside air and water from coming into your home. The crawl space walls and floor should also be covered with a vapor barrier to protect against water and moisture coming through the foundation walls and up from the dirt or concrete floor.

What to Do: Add a vapor barrier over the dirt floor to stop water vapor from evaporating into the crawl space.

Water from the soil around the foundation seeps and leaks into the crawl space in several ways, including under the footing, between the footing, and through the walls. After the water gets inside, it forms puddles that will eventually evaporates upward into the air and through the house.

Water from a leaky drain pipe or water supply pipe can form puddles on the crawl space floor and wet fiberglass insulation. The standing water and increased moisture can lead to problems such as mold, rot, and attract pests.

What to Do: Call a plumber to fix any pipes that are leaking water into the crawl space. Adding a vapor barrier will protect against wet dirt and moisture caused by a plumbing leak.

The water or moisture problem in your crawl space is most likely caused by a combination of issues. This is why it’s always best to have your crawl space inspected by a professional who knows what to look for and can recommend the best solution for your home.

If you think the problems happening inside your home are because of situations from under your home, then contact TerraFirma today to schedule your free inspection and estimate!

Note: a version of this blog also appeared on our parent website, Basement Systems.