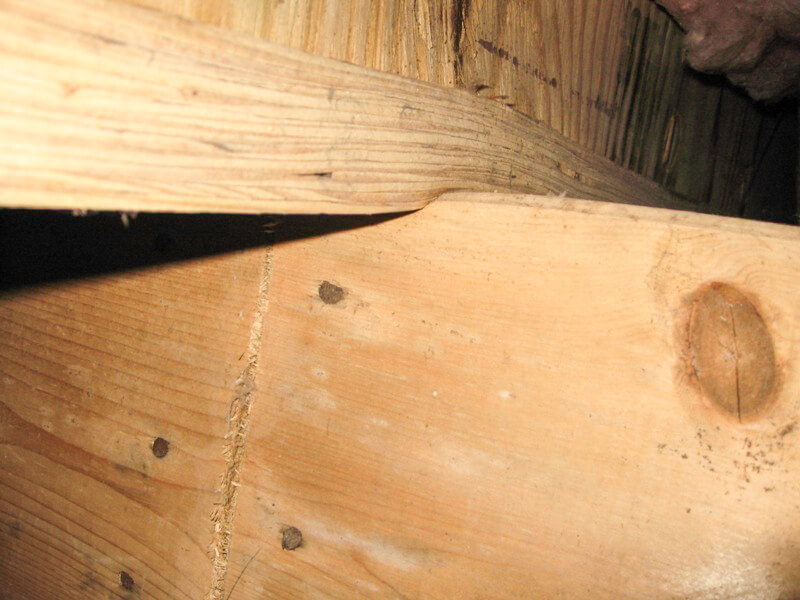 Have you noticed un-level or bouncy floors in your home? If so, there is a good chance your crawl space is experiencing structural problems that are causing it to sink or sag in the middle. Crawl spaces experience structural sagging for three primary reasons: support columns spaced too far apart, rot-weakened joists, girders, and posts, and columns settling due to weak soil or poor footings.

If you have tilting or sinking crawl space supports, too few supports, moist, rotting wood, sagging, sloping, or uneven floors, cracks in interior drywall, or door & window frames that are skewed and un-level, it’s time to call in a professional.

At TerraFirma, we specialize in stabilizing sinking crawl spaces. We can install crawl space supports to ensure that your structure is properly stabilized while also adding an encapsulation system to prevent mold and rot.

To be stable, strong, and level, the floor above a crawl space requires solid mid-span support that’s usually provided by a post-and-beam assembly. But beams are often undersized, and many contractors use wooden posts that can rot, shift and settle. When this happens, floor joists sag and other structural problems occur. The SmartJack system is a foundation repair product that provides a permanent solution to these problems.

The SmartJack system provides solid support for sagging and undersized beams, restoring stability and straightness to sagging floor joists in a crawl space. Once installed in your crawl space, SmartJack support posts can correct problems such as sloping and overly springy floors, interior wall cracks, and out-of-level door frames. Because of its design, the SmartJack can be adjusted over time to provide additional straightening and leveling action if necessary. The SmartJack is also compatible with a crawl space vapor barrier system, allowing you to address crawl space mold and humidity issues while repairing your structural issue.

Installing the SmartJack System is a fast process that will not disrupt your home or landscaping. During our crawl space repair, our installers will follow these five steps:

If your crawl space is sinking or sagging, TerraFirma can help. Contact us today to schedule your free evaluation!