For many years, it was a common practice to ventilate the crawl space using exterior vents and fans to move outside air through space in an effort to keep it dry and comfortable. Unfortunately, the natural humidity, toxins, pests, and irritants that accompany that outside air, also tend to wind up in the crawl space --effectively nullifying any positive effects of the vent fans.

Though the crawl space is an area of the home not often thought about, it acts as a barrier between the home and the ground below. In homes with these spaces, they function as the lungs of the home, as the air pressure of the structure naturally draws air up from the lowest levels due to a natural process dubbed: the stack effect. 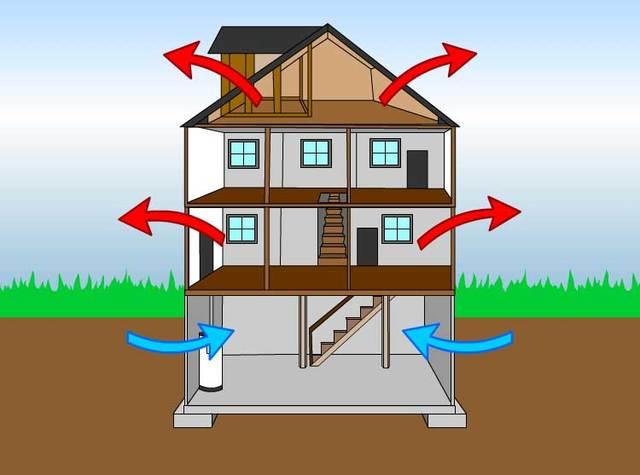 When we construct a house, we do so from the bottom up. The same can be said about air movement. Whatever is collected from the lowest level of the home, such as tiny particles, microbes, and irritants, will travel up to the rest of the home through the air.

Vent fans, like the ones used in crawl spaces, are intended to draw air from outside in an effort to keep the air fresh and dry beneath the home. However, the air outside of our homes is usually more humid and damp, not to mention the unfiltered air pollutants that can travel from outdoors. Many crawl spaces in older homes are constructed poorly, or else have been left to their own devices over the years, and are usually in disrepair. Some may even have earthen floors instead of concrete. These conditions are a prime breeding ground for all sorts of unpleasantness--such as moisture, mildew and mold, pest problems, and more.

The Truth About Vent Fans

Today, crawl space specialists know that vent fans and crawl space vents can be detrimental to the overall health and happiness of your home, even going so far as to play a role in foundation and water issues. Worse yet, they can provide an open door for pests to make a home under your house.

What to Do About a Vented Crawl Space

If you’ve moved into a new home recently or you are looking to purchase or sell, you’ve likely had someone poke about in your crawl space. Depending on the year of construction, and area of the country, it’s also likely that you have vents in your crawl space.

So what should you do? The first step in fixing an unsatisfactory crawl space is to contact TerraFirma for a free evaluation of your crawl space.