This home had a new foundation poured, but the interior post work wasn't properly installed and began to sag. The home owner wanted the load beam raised to help close up the cracks that it had caused inside the home on the dry wall. By installing Smart Jack under the load beam, we were able to structurally re-support the house giving it the proper stabilized foundation the home owners wanted in the first place. 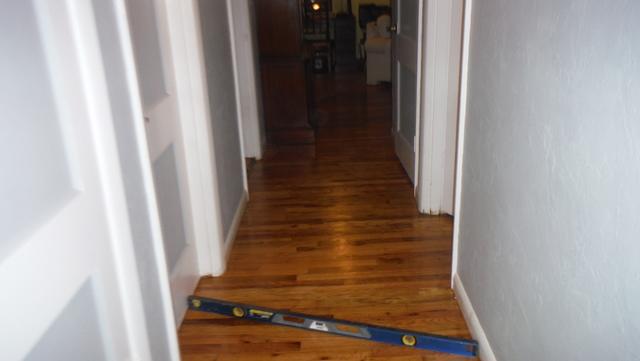 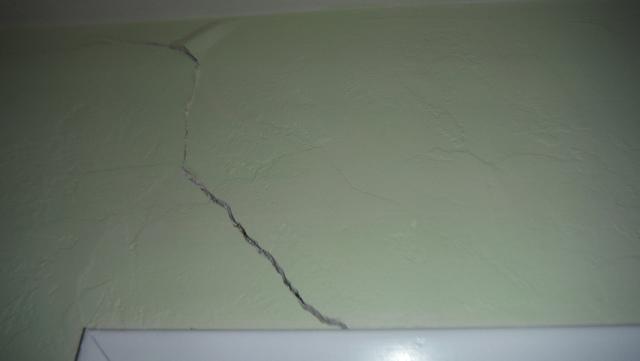 This picture and the next are the cause of interior soil settlement and floor sagging. Essentially, as the load beams sag away from the floors, the floor moves with it, pulling down on the walls. These cracks are the result. 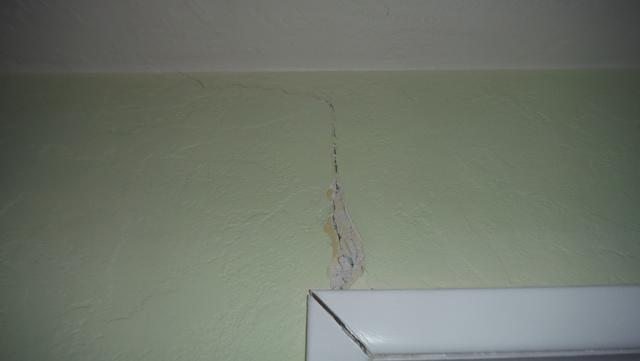 Continuation of interior dry wall cracking due to interior settlement. 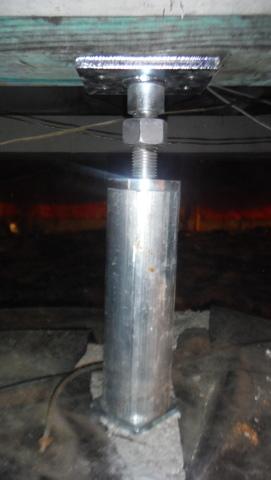 A series of Smart Jacks were installed under the hallway along the main load beams. By re-supporting the load beams and, in fact, raising them back up to level, we have halted any further sagging of the floors or worsening dry wall cracks. 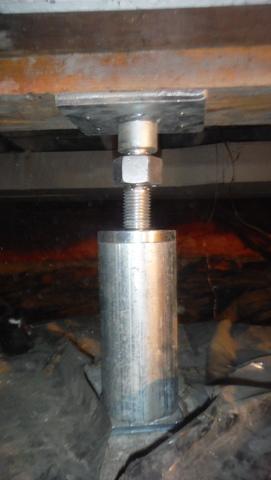 Here is the second of a seven Smart Jack system along the main load beam. Notice the screw-like characteristics. These units are adjustable to increase or decrease the amount of upward force they exert.

Back to Previous Page