Since 2005, the people of TerraFirma Foundation Systems have kept Northwest homes safe, dry and level.  We are trusted and referred by homeowners to provide solutions for home foundations, basement and crawl space moisture, concrete leveling and earthquake retrofitting.

At TerraFirma, we understand that foundation cracks, wet crawlspaces, and musty basements are stressful. We offer a free onsite estimate for all work that you may need to be completed, and we will work with you to customize a solution for your home.

Get a FREE Quote!

Ryan is a sixth generation Oregonian and third generation entrepreneur in the construction industry. With a family heritage in agriculture, ranching and mineral resources, Ryan was raised on a sheep, cattle, and horse ranch just North of Roseburg, Oregon. His grandfather, Phil Beckley, was principal and partner in Beckley and Thomas Rock Productions - a firm started in Elkton, Oregon in the late 1930's, later becoming one of the largest aggregate suppliers in Southern Oregon. After serving a tour in Vietnam, Ryan's father, Tom Beckley started a rock crushing and road building business in Southern Oregon.

At the early age of 24, Ryan Beckley started his first company, Beckley Excavation and Utility, which quickly positioned itself as a significant player in the civic construction industry. The success of the excavation business led Ryan to diversify into rock quarry operations, real estate development, and a foundation repair company that he named TerraFirma.

The impetus for starting TerraFirma was Ryan's very first home - A beautiful home in a great neighborhood for sale at what seemed to be well below market value. Ryan later found that this was due to a foundation settlement issue, making the home incredibly hard to sell despite its great location. True to Ryan's tenacious nature - Ryan decided he could find a way to fix it, and purchased the home. After extensive research and education on deep foundation repairs, it became apparent to Ryan that the entire Northwest was in dire need of the same services and solutions he sought.

In March of 2005, TerraFirma was created and has since become the industry leader in structural stabilization, waterproofing, and humidity control. With office locations in Oregon and Washington, and by far the largest and best-trained workforce in the industry, TerraFirma's growth has been staggering.

Today, TerraFirma is Ryan's only professional focus. Ryan instills a culture of excellence in all parts of TerraFirma, putting great culture and an amazing customer experience at the top of the list. After being named in the Portland Business Journal's "Fastest Growing Companies" and The Oregonian's "Top Workplaces in Oregon," the future for TerraFirms keeps getting brighter and brighter.

With the Supportworks line of foundation and structural solutions, products and services, TerraFirma is proud to offer residential and commercial customers access to award-winning geotechnical, piering, and wall bracing solutions. Based in Omaha, NE, Supportworks, Inc.® is a network of over 200 dealers serving local communities throughout of North America and Canada.

"Our experience with TerraFirma was great from beginning to..."

By Ronan F. from WA
"One of the most professional and courteous businesses I..."

By Jerry K. from McMinville, OR
"Overall very professional, customer oriented, clear in..."

By Joyce M. from Salem, OR

TerraFirma is proud to partner with top-tier manufacturing partners like Supportworks and Basement Systems among others.  We will never stop working to align with partners who innovate to solve the complex needs of the NW homeowner. 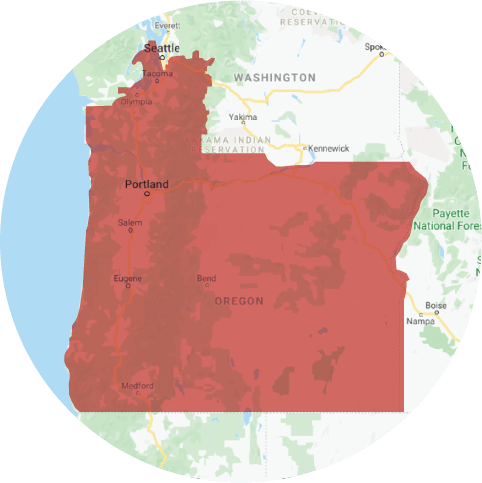