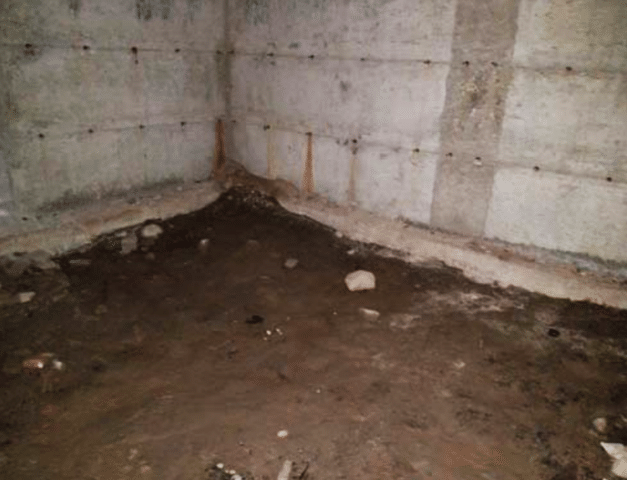 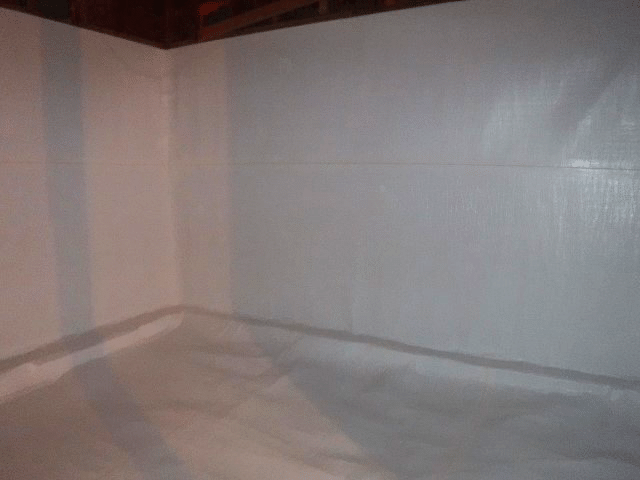 After years of neglect and water damage, this crawl space in Issaquah, WA hadn't seen a good day in a long time. From the rust on the nails in the wall to the mildew-infested insulation, the water damage in this crawl space was instantly noticeable from anyone who stepped inside.

Once the homeowners noticed that a "mildewy smell" in the first floor of their home was coming from the crawl space, they did the right thing and set up a free estimate with TerraFirma. Our experienced System Design Specialist Drew Fry assessed the problem, and he concluded that to mitigate future water damage, the crawl space would need a TripleSafe Sump Pump to properly drain water away from home. We also recommended that we install drainage matting to prevent water from seeping through and pooling in the crawl space, as well as VaporLoc to prevent moisture intrusion.

With a plan put in place, the TerraFirma team mitigated water damage and encapsulated the crawl space in three days! 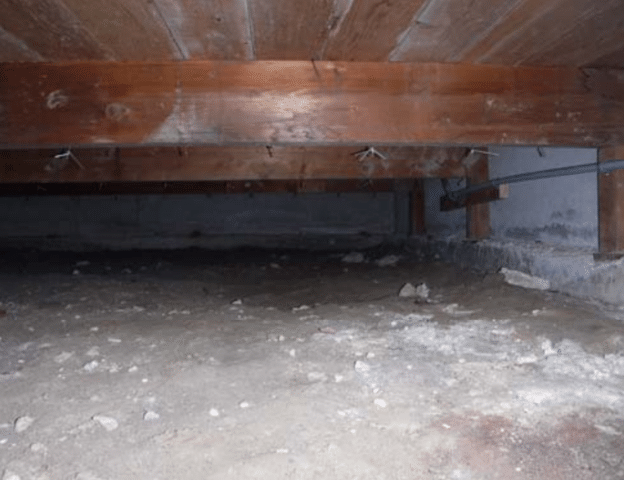 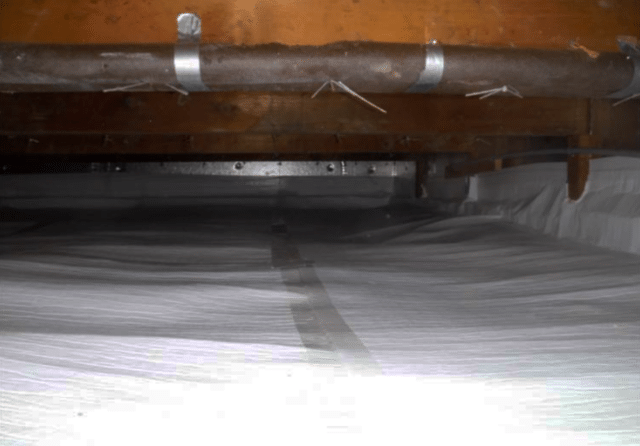 The state of Washington is known for its heavy rainfall, and that fact is still true in Issaquah. Like most homeowners, this couple had lived in their home for ten years but never bothered to look at their crawl space. After seeing one of our commercials, the homeowners decided to give TerraFirma a call to schedule to their free inspection, so they could learn for themselves what's happening under their home.

When our System Design Specialist inspected their crawl space, he noticed water pooling throughout, which means that water that was flowing into the crawl space had nowhere to exit.

After talking to the homeowners, our Specialist advised for them to waterproof their crawl space by installing a Triple Safe SumpPump for drainage, and VaporLoc Elite lining and drain tile matting to help prevent moisture from causing water damage to their wooden joists.

With a plan put in place, our crew waterproofed this crawl space in Issaquah, WA in two days! 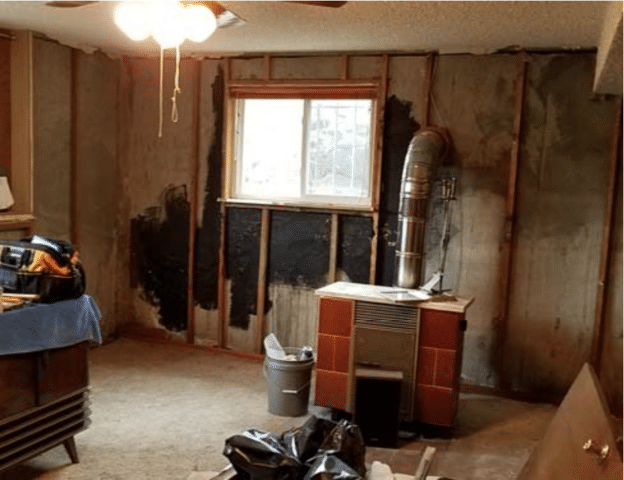 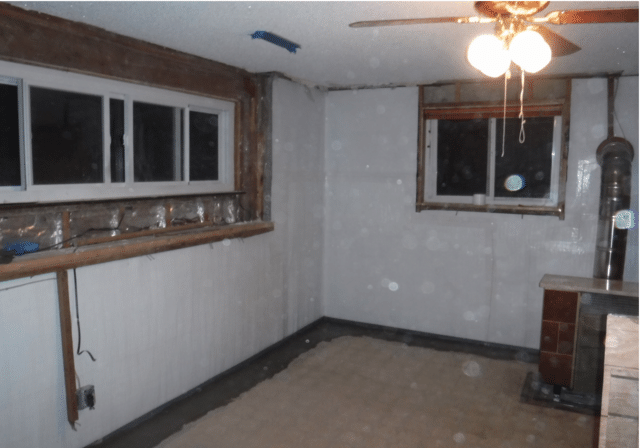 This Lakewood basement had seen it's fair share of bad water damage, and it got to the point where the walls were efflorescent and producing mold. Once the homeowners decided enough was enough, they reached out to TerraFirma.

Our System Design Specialist quickly came to evaluate the situation. He concluded that for this basement to stay dry, it needed a proper drainage system and wall system that would allow water to exit out of the home and keep the walls free from moisture. After thoroughly inspecting the basement, Wiles and the homeowner agreed to have TerraFirma install our VaporLoc Elite Wall System and our Waterguard drainage system.

With an established plan, the TerraFirma Team crew were able to install all of our waterproofing solutions for this home within one day! 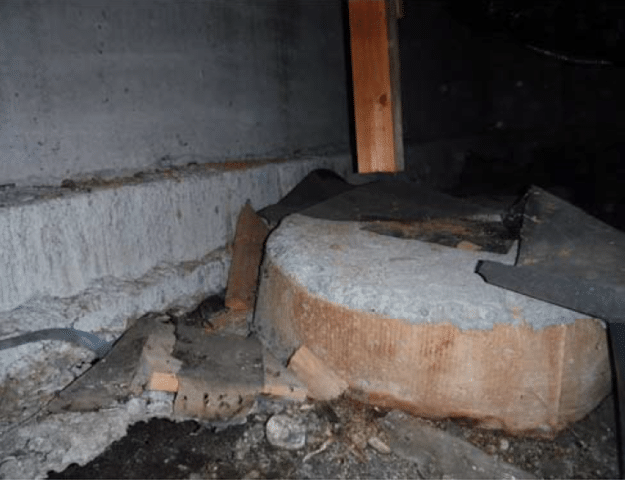 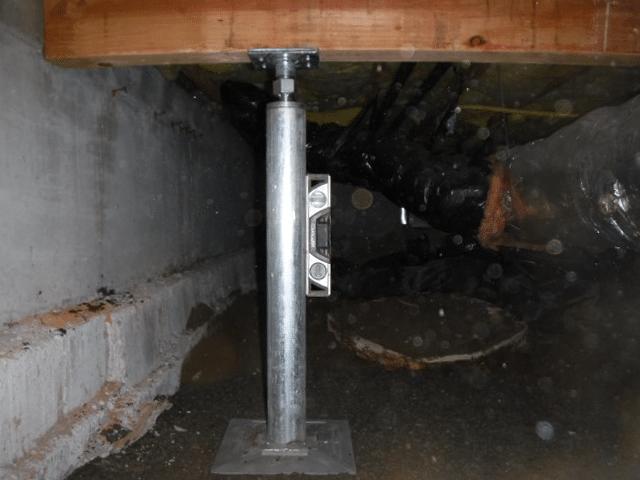 Like many homeowners, the couple who owned this home in University Place, WA had never ventured into their crawl space. They assumed everything under their house was excellent, and their floors had adequate support.

When they reached out to TerraFirma to inspect their crawl space for water damage, our System Design Specialist volunteered to go into their crawl space to check their support posts. What he discovered was that one of their posts was 5 inches above the ground.

You'll notice to the left of the post some wood that appears to be debris. For years, that debris was the stop gap between the support posts and the footing. Eventually, the debris shifted enough to fall away from the post.

In a day, TerraFirma removed the old post and installed our SmartJack support post, which is made from galvanized steel and can support more than 60,000 pounds.

Concrete repair in Portland, OR 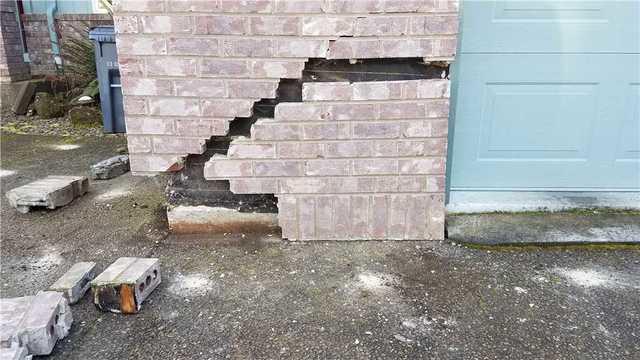 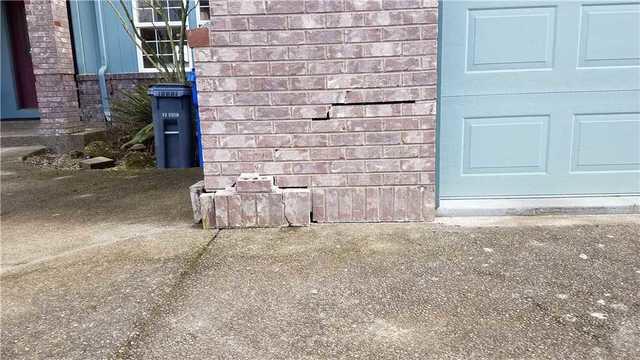 Over the years, the void left under this Portland, OR home was so substantial, that the concrete on their driveway settled and took part of the home's decorative brick wall with it.

After looking at this eyesore for months, the homeowners took action and called TerraFirma to see what could be done to fix their concrete. Our experienced System Design Specialist came out to their home and recommended that we use our concrete leveling foam technology to fill the void under the settled concrete.

With a plan in place, TerraFirma went to work and repaired the concrete in one day! Now that the driveway is the level, the homeowner can repair their brick and know that their driveway won't ever settle that bad again!